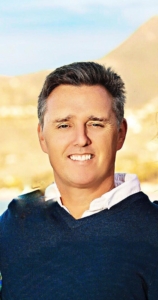 Professor Neil G. Harris directs the NEurotrauma In vivo Lab (NEIL) with over 30 years of experience with rodent CNS injury models and in particular using MRI and PET to assess structure and function. He received his B.Sc. in Biology/Neuroscience from University of Portsmouth in 1988, and his Ph.D. in Physiology from King’s College London in 1991. Dr. Harris’s early focus of research addressed the question of optimal timing for intervention after the diagnosis of infantile hydrocephalus.  Prior to joining University of California Los Angeles (UCLA), Dr. Harris received training in multimodality imaging techniques, including PET, structural MRI, fMRI, DTI, MALDI imaging mass spectrometry and glucose/blood-flow autoradiography at Kings college University of London, University of Florida McKnight Brain Institute, the Royal College of Surgeons unit of Biophysics in the Institute of Child Health, and University of Cambridge Department of Neurosurgery. Subsequently, Dr. Harris conducted studies to address forebrain ischemic stroke looking at the potential use of non-invasive biomarkers to determine salvageable areas of brain. The studies were cited amongst primary reported findings on biophysical mechanism of the change in water diffusion after stroke. Dr. Harris currently resides as Professor in-Residence at UCLA Department of Neurosurgery where his lab primarily investigates Traumatic Brain Injury. As the scientific director of UCLA 7T animal imaging core, Dr. Harris’s work contributes to understanding the relationship between axonal death and cerebral blood flow and metabolism, and whether the extracellular environment can be altered to improve axonal plasticity and functional outcome. The lab collaborations on investigations into circuit-based deficits in autism, multiple sclerosis and ischemia and post-traumatic epilepsy. 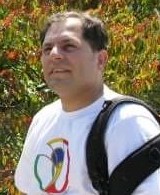 Afsin's background is in neuroscience. He obtained his MD from Azad University, Tehran Medical School, Iran in 1996 and his Ph.D. from the Korean institute of Science and Technology, Seoul, South Korea in 2014 on the role of GABAA receptors activity in mediodorsal nucleus of thalamus in fear extinction. He is working on functional plasticity in the injured brain and the impact that neuronal modulation and rehabilitation has on recovery of fuunction. 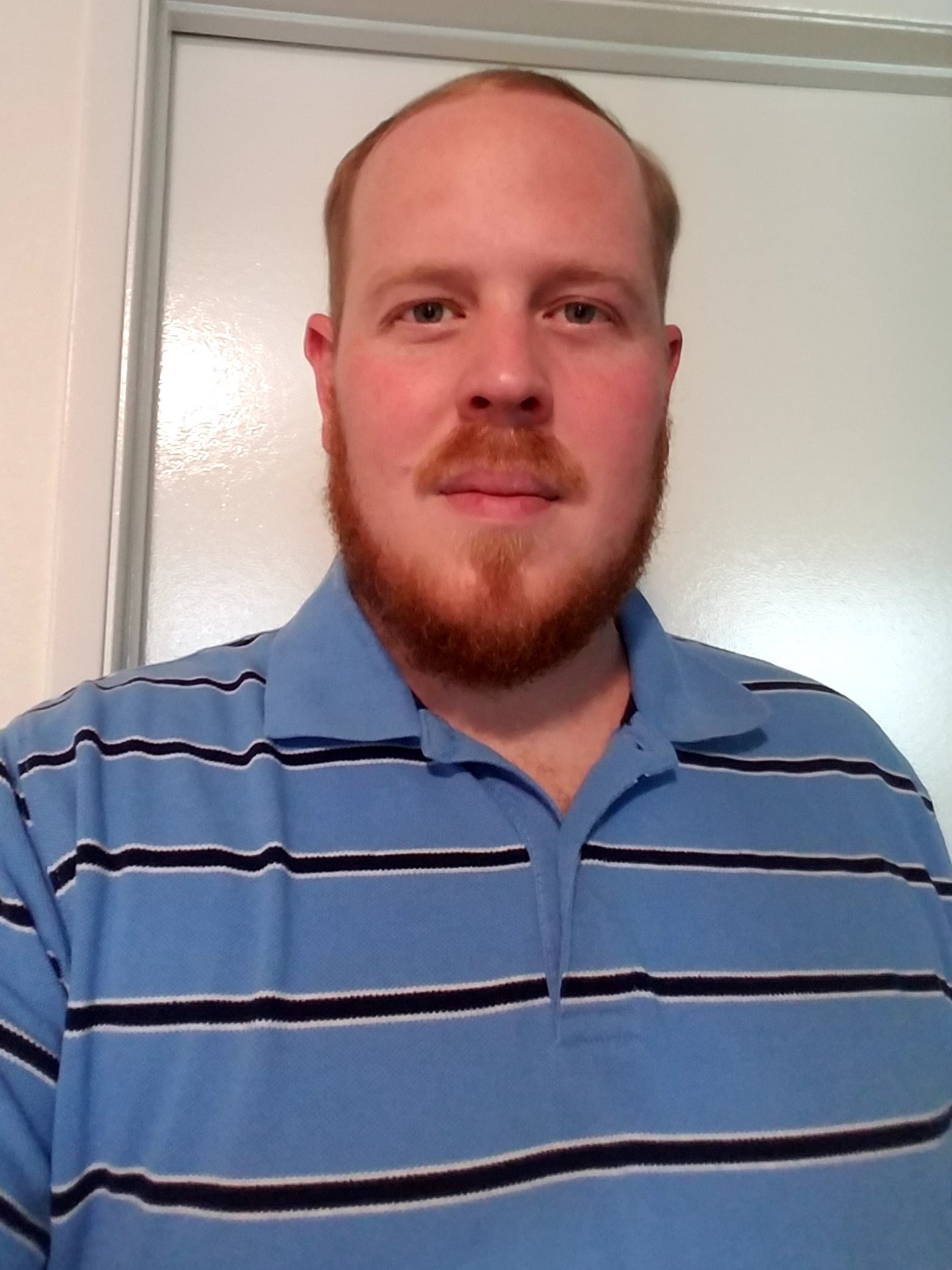 Greg’s background is in Biomedical Engineering and Neuroscience.  He received a BS in Biomedical Engineering at the University of Texas in 2008 and a MS in Biotechnology from Northwestern University in 2009. Greg then went to Baylor University and received a PhD in Biomedical Studies in 2016 while studying epilepsy and its comorbidities using both induced and genetic rodent models. Greg’s current research with mentors Dr. Neil Harris and Dr. Rick Stabba at UCLA focuses on finding biomarkers that could be used to predict post traumatic epilepsy following lateral fluid percussion injury in a rodent model. Greg's biomarker work is a part of the data collection for the larger EpiBioS4Rx project. Greg will be utilizing EEG, MRI, and other molecular and behavioral techniques. In his free time Greg enjoys traveling, skiing, cooking, and hiking. 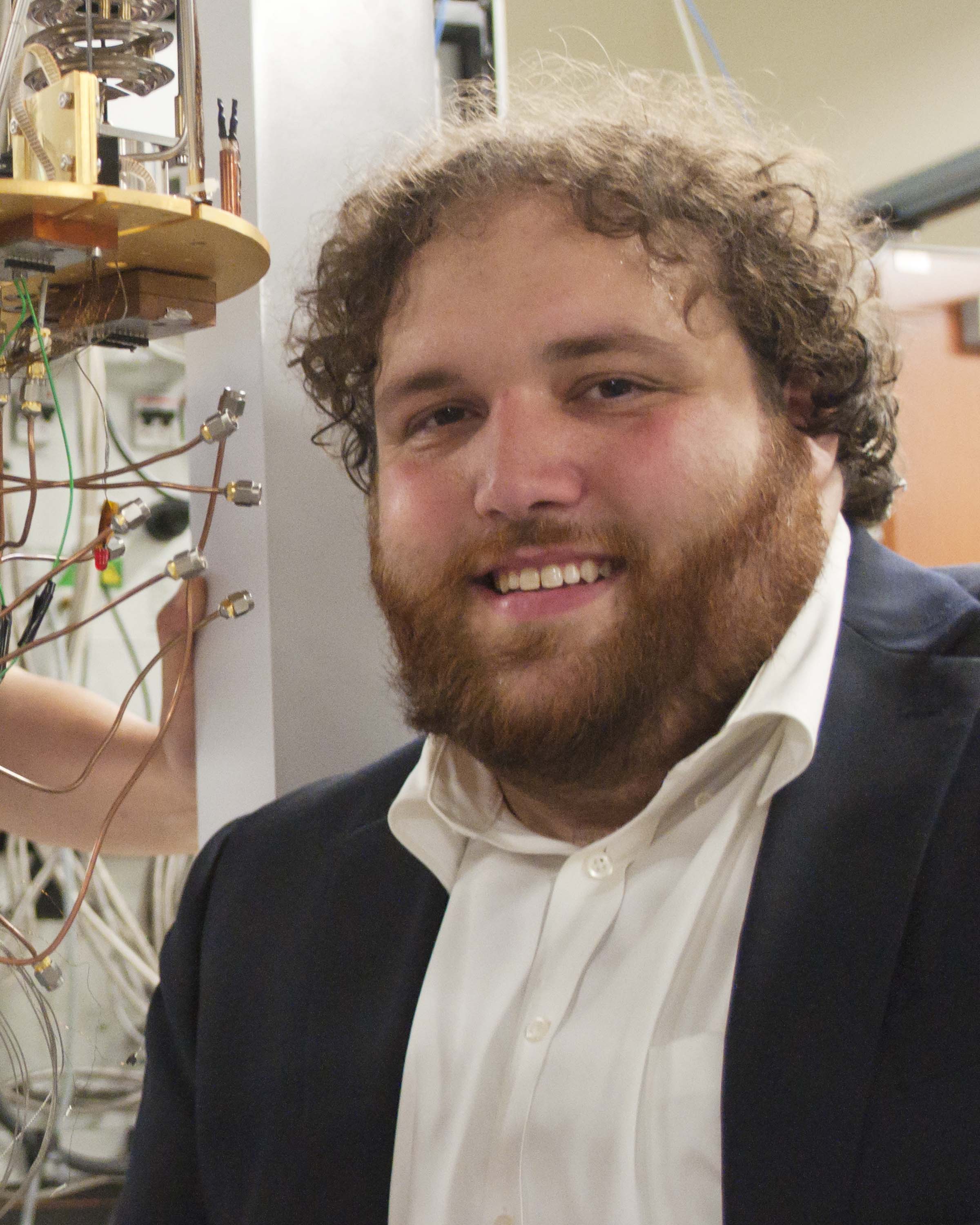 Joshua's background is in quantum physics. He obtained his BS (Physics) from Yale University and his Masters and PhD degrees in Physics from UCLA in 2011, and 2017. 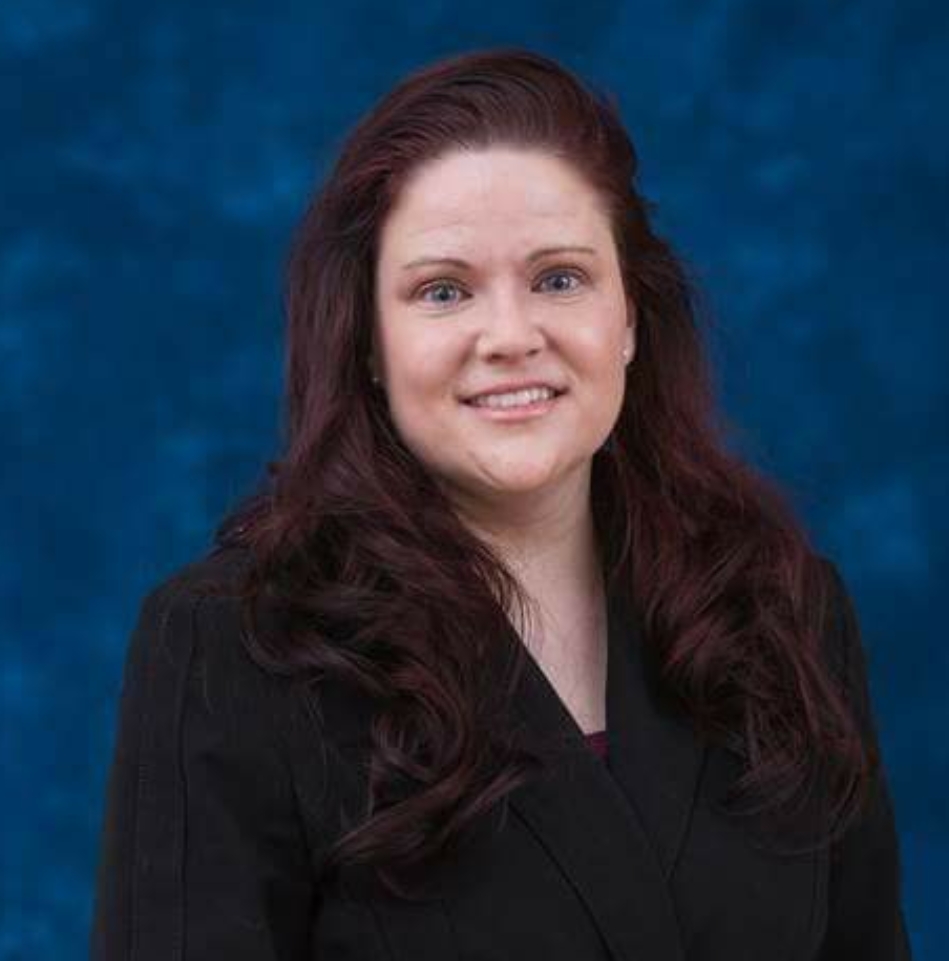 Melissa is a Neuroscientist, having earned her B.S. in Neuroscience from UCLA in 2000, and her Ph.D. in Medical Neuroscience from Indiana University School of Medicine in 2016. Her graduate studies focused on novel treatment approaches for traumatic spinal cord injury, utilizing bioengineered hydrogels embedded with various trophic factor combinations. Currently, she is investigating the astrocytic influence on neuronal network function following mild, repetitive concussive brain injury. She will combine MRI and behavioral techniques in transgenic rodent models, specifically targeting cortical astrocytes.  In her free time she enjoys creative projects, playing the piano, and learning Mandarin.

Andrew is a Neuroscience major. Before attending UCLA and joining the Harris lab, He was a Voelcker scholar at UT Health San Antonio where he conducted research in experimental TBI. He intends to pursue an M.D./PhD, and has a specific interest in magnetic resonaonce  imaging. 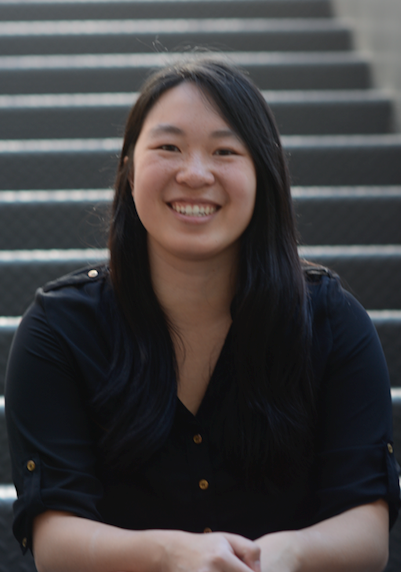 Emily is currently completing her B.Sc. in Bioengineering at UCLA with a technical breadth in computer science and is planning to graduate by Spring 2020. She is also working toward a minor degree in Neuroscience. She aims medical school for her next career objective, potentially towards an MD-PhD. Emily’s current research area of focus in NEIL lab is understanding the associated bio-physiological processes of Traumatic Brain Injury. She participates in studying behavior, immunohistochemistry, and imaging. Emily is also involved with the UCLA Blood and Platelet Center UCLA and UCLA Biomedical Engineering Society. 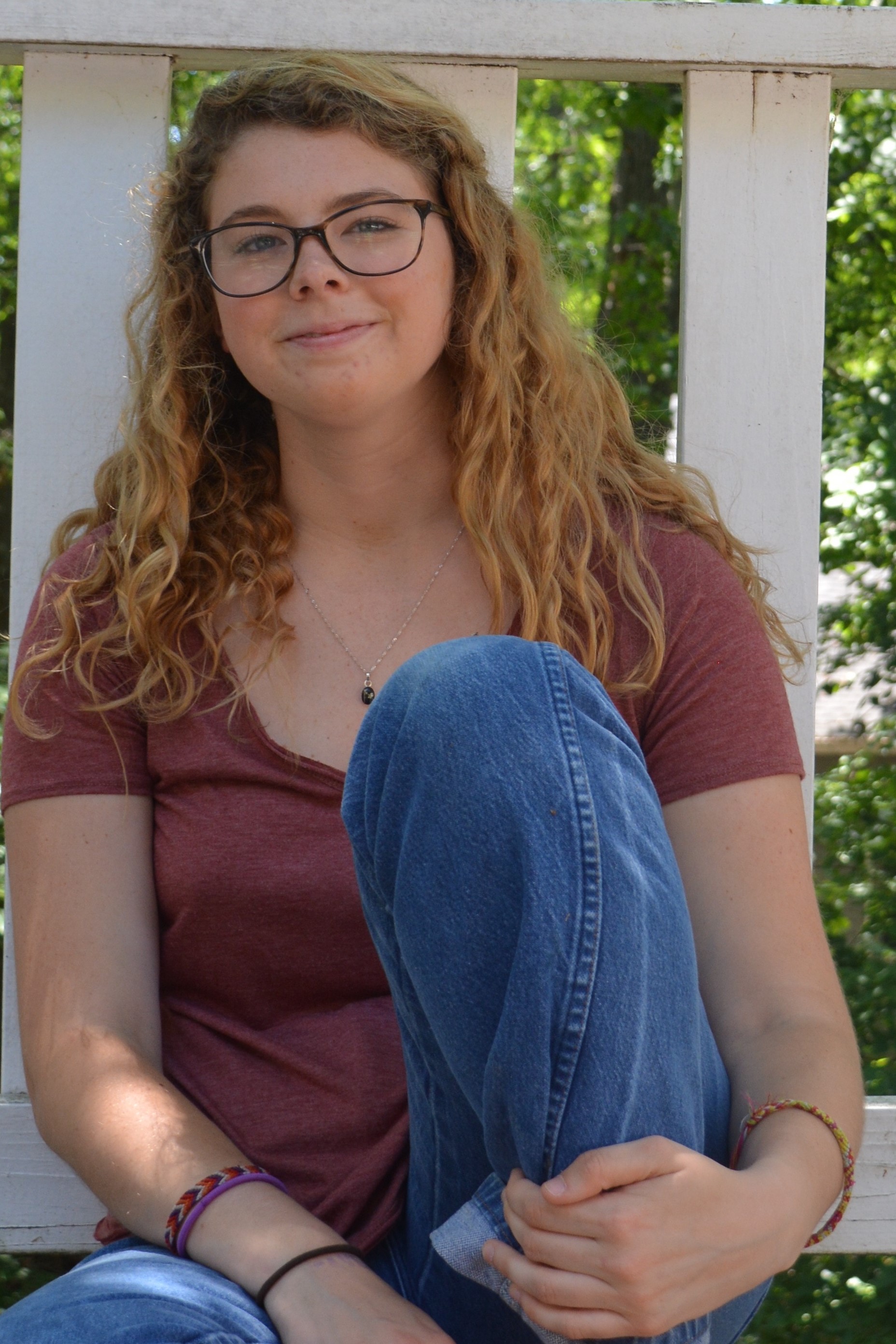 Taylor Pio is a Neuroscience student in her third year of undergraduate studies at UCLA. She has a very special respect and for the nervous system, its regeneration and degeneration, its connections, and its computations. She considers developmental neuroscience and plasticity her current research interests, but is open to participation and exploration outside of these subjects. She is interested in pursuing translational research or research with clinical benefits. She is fortunate to go to a school that has allowed for and encouraged a broad exploration of class and lab experiences. 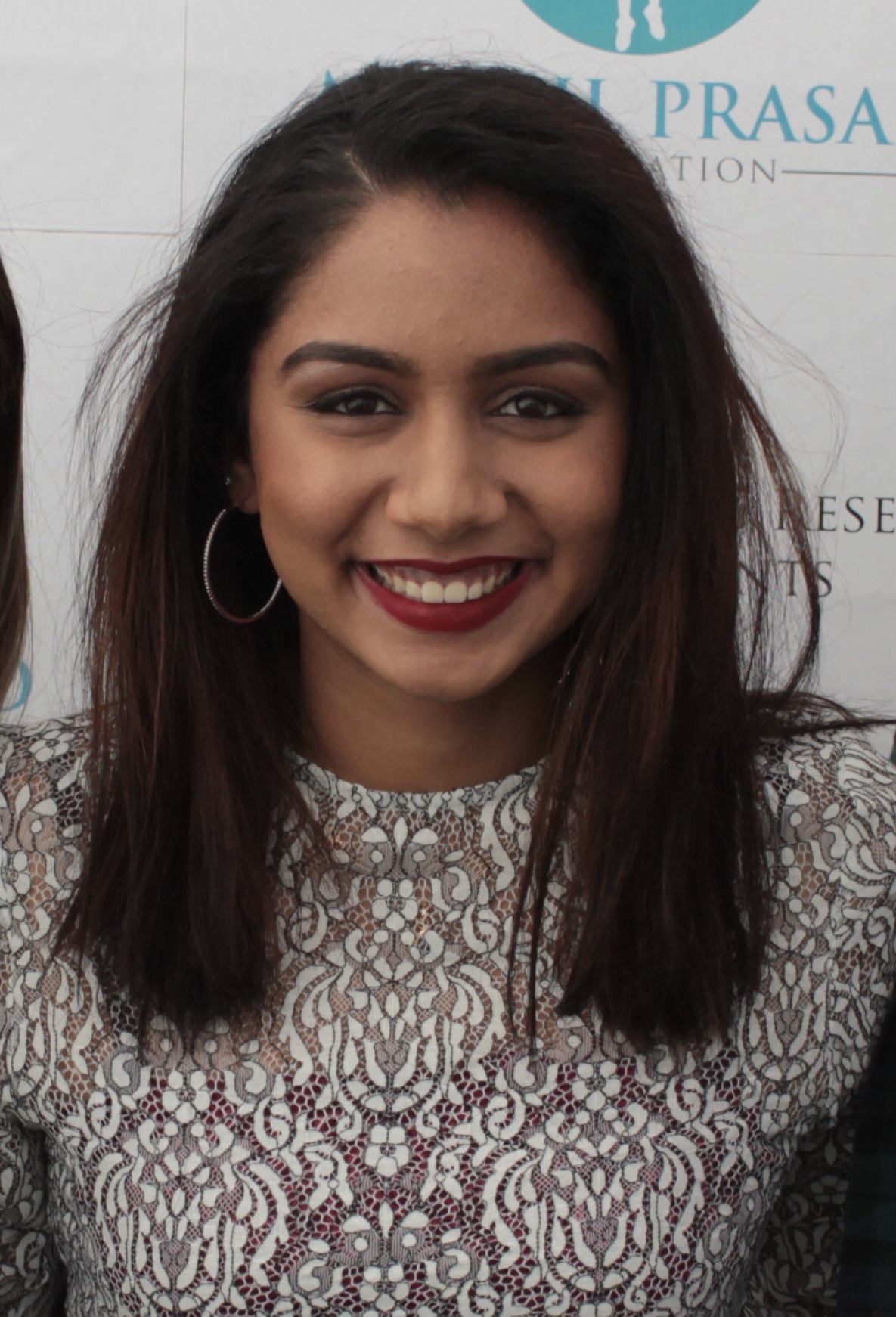 Rachna is a second year anthropology student at UCLA. Her research area of focus in the NEIL lab is behavioral analysis of rodents suffering from a traumatic brain injury. Rachna is on UCLA's Indian classical dance team called Taara. Along with being involved with research and dance, Rachna works as a medical scribe under cardiologist Dr. Dandillaya and is the co-founder of the Mithil Prasad Foundation. She also loves spending time outdoors and being around family and friends. 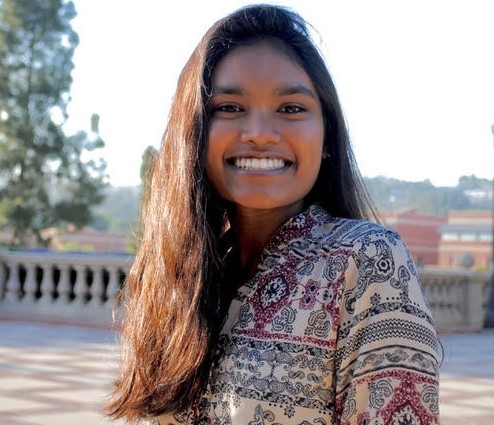 Santhosi is a a third year Neuroscience major who is interested in the mechanisms behind the effects of traumatic brain injury and determining ways to combat the negative symptoms of these injuries. Apart from research, I volunteer at the Ronald Reagan hospital and mentor kids in underserved regions of Los Angeles. In the future, I hope to be pursuing a medical degree and positively affect peoples lives by spreading the knowledge of medicine. 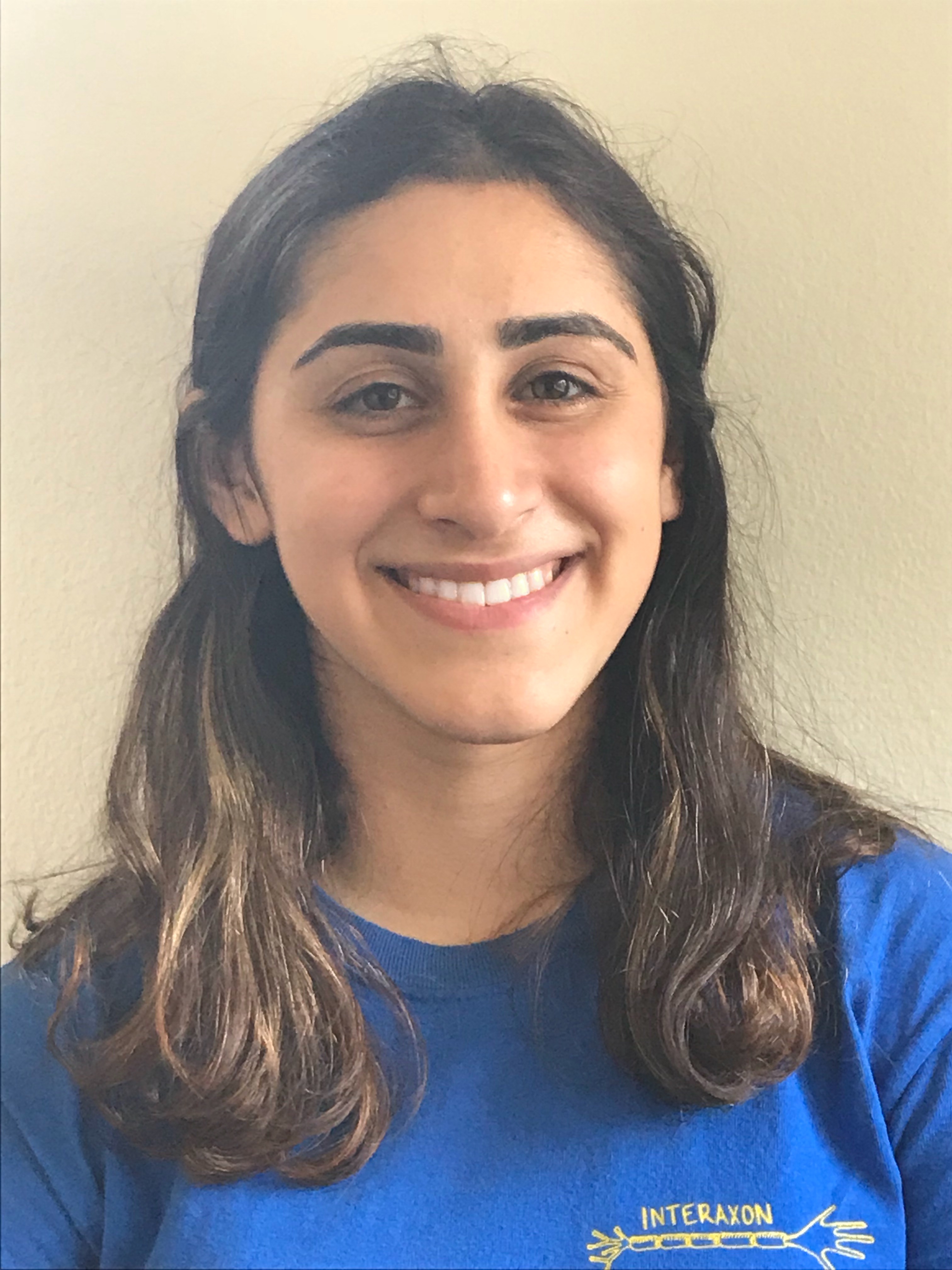 Laila is a neuroscience major at UCLA. Her research interests include better understanding the brain and how it responds to TBI, and also the biological processes behind epilepsy. She is currently involved in UCLA’s Interaxon as a volunteer, where she has the opportunity to teach neuroscience to disadvantaged students. She would like to attend medical school in the future and help treat children suffering from TBI and related brain injuries, while also advocating for healthcare in underserved communities.

Diana is a senior majoring in Neuroscience. Diana is very passionate about neuroscience and the mechanisms behind diseases affecting the central and peripheral nervous system.  She hopes to apply her research as a future physician practicing as a neurosurgeon. Diana is also very interested in mentorship, working as a transfer mentor for students transferring to UCLA, and has mentored countless of other students interested in STEM at her former community college, Los Angeles Pierce College. On her free time she enjoys volunteering in the community and likes to draw. 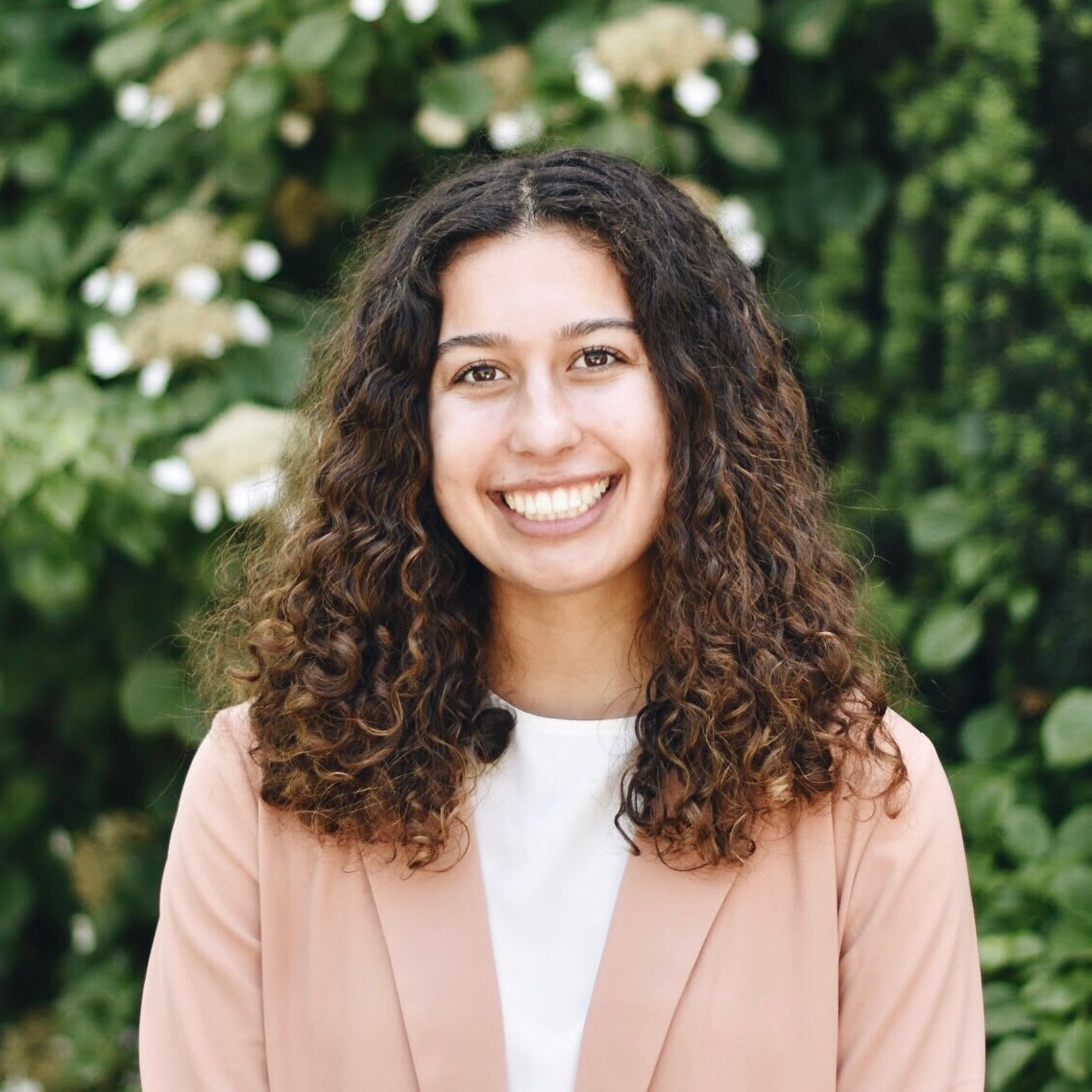 Victoria graduated from DePaul University in 2018 with a B.S. in Neuroscience and double minors in Biology and Spanish. In her undergraduate research she utilized behavioral and motor tests such as Open Field, Novel Object and Footfault, to investigate the relationship between the Apolipoprotein E. 3 and 4 alleles and outcome of Traumatic Brain Injury (TBI) in a mouse model. She is currently applying to medical schools for the next academic year. Additionally, she is conducting research on astroglial injury defined biomarkers following TBI. Victoria was the President of the DePaul Cycling Club and continues to enjoy cycling in her free time, as well as hiking and baking.